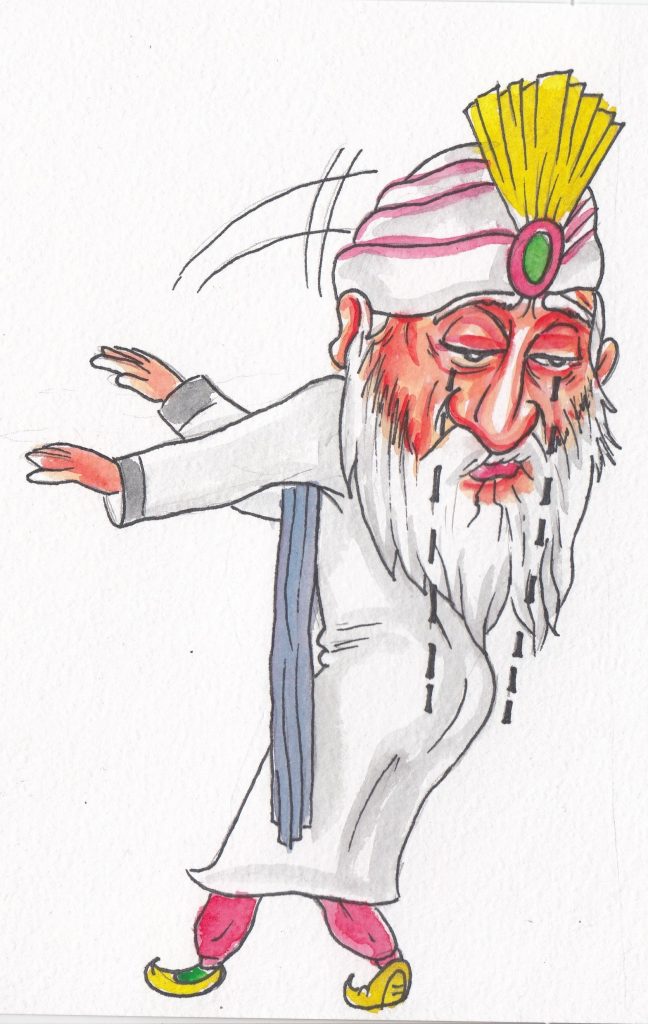 This dude uses all sorts of dirty tricks to mess with your mind.

How can we disprove the circular logic that, on some deeper level, we are ALL ONE? This holistic view turns the process of exploration into a boring and riskless activity.

Here are some aspects to consider concerning cause and effect.

As people evolved, they had an inner need, or drive, to understand and explain everything around them – the world and its people and events. This has shaped our ways of thinking over the centuries and millennia. We started out trying to satisfy our need for explanations using the trial-and-error approach. Later on, we started creating hypotheses and theories. The results of these approaches were limited; the unknown remained so infinite (and it still is). All sorts of beliefs and religions were developing in parallel. As religions themselves evolved, they reached a certain point, at which they were (or seemed, or claimed to be) able to answer every possible question we could have. For any seemingly unanswerable question, religions could now give one of three basic answers, and end the discussion at once:

Those three answers ended discussions of difficult questions for centuries, and they still do.

Faith, by definition, is a belief in the absence of reason.

You can see that people have an inner fear of the unknown. Furthermore, our brains prefer to believe and even say things they don’t know to be true (that’s what speculation actually is), rather than admitting they don’t know. How many times have you seen an important person on TV saying, “I do not know?”

Now, what is our brain really, really good at? Providing us with explanations about the past. When events occur, the brain automatically starts seeing patterns, and in the next second, we can explain the event in the most obvious and believable way. Yes, we are very, very good at explaining things post-factum.  You can’t stop that. It’s the result of millions of years of evolution.

When we explain things after the fact, we can easily fall into logical fallacies (reasoning errors).

A girl kicks you in the balls, really hard. They become blue, and you’ve got blood in your urine. You go to see a doctor. You are ashamed that you were beaten up by a girl, so you omit that detail from your story.

Doctor: What is the problem?

You: I pee blood.

Doctor: Hm! That must be because your balls are blue.

He hasn’t really found the truth – he is just using a consequence to explain another consequence.

You cannot do everything alone. Finding causes and effects requires an environment.

Go OUT and do something!