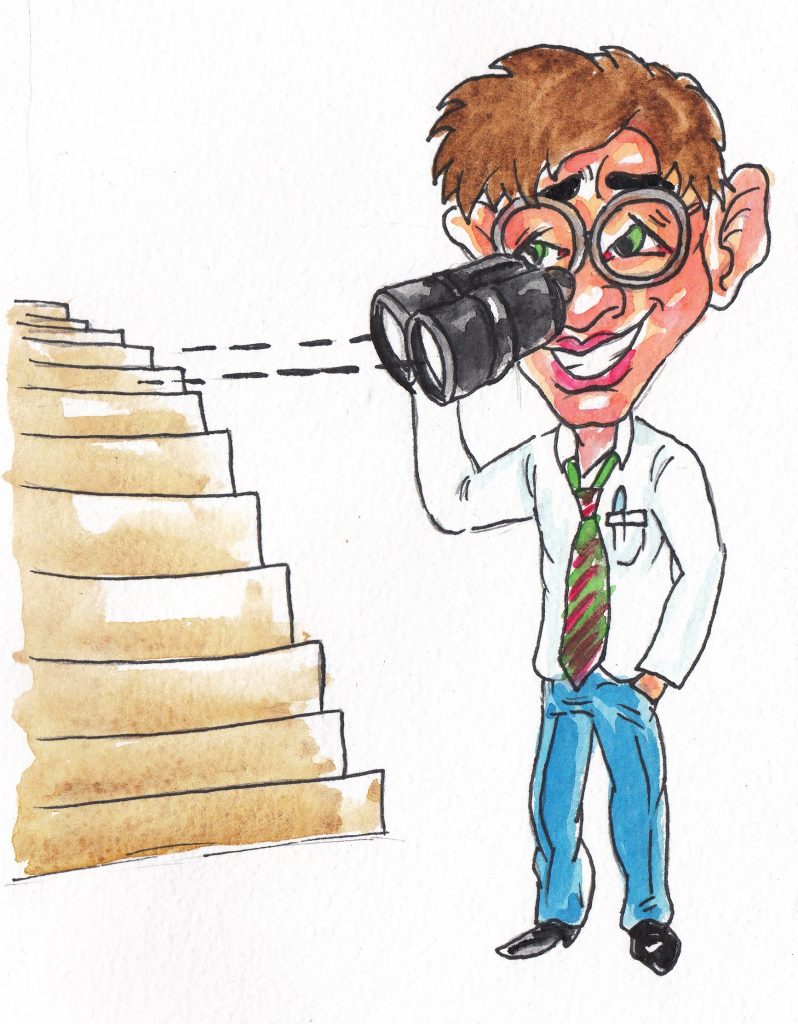 Here we have science once again. You can’t say I don’t like it, can you? It’s where all the new stuff comes from. Exciting!

Here is our friend Thomas, looking through his binoculars toward the future. He is not a visionary; he is too professional for that. But still, his tools and methods enable him to see at least a bit of the future.

Having “binocular vision” has its limitations and drawbacks. Here are some of Thomas’s problems: