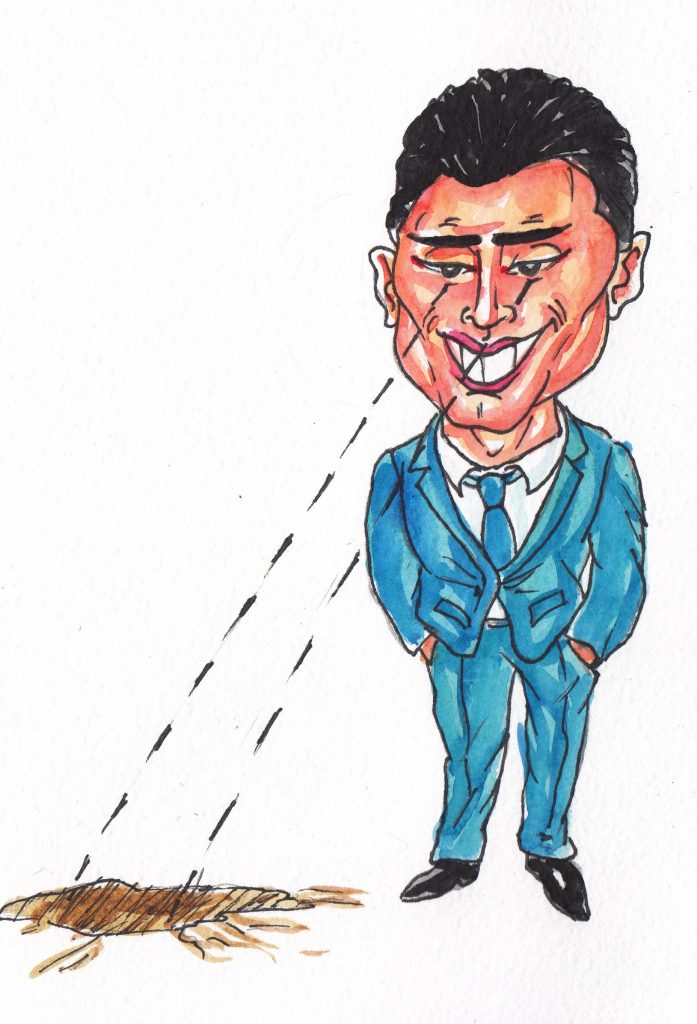 Garret: There are so many opportunities in life. Taking advantage of most of them helps you, and it helps others at the same time. I help others by helping myself.

I open up new jobs for people;

I spend my money at other people’s businesses, and so on.

It’s just a basic economic law that’s been operating for thousands of years. It’s what holds our modern society together.

Thomas: That can only be true if all our life situations are win-win – in other words, if we do not participate in zero-sum games.

People focusing primarily on their personal interests are just short-sighted.

Garret: Are the animals in the jungle all short-sighted?

Thomas: Well, yes. There isn’t much progress going on there though, is there? Only slow, evolutionary progress. When there is progress in the jungle, it’s because of human actions. The problem with your opportunism, Garret, is that human decisions can have global effects. An animal’s decisions can’t. How many fish can an opportunity-seeking whale kill, compared to an opportunity-seeking corporation?

Do you know what the opposite of being selfish is? No, it is not being stupid. People who care more about the welfare of others than their own personal success are called altruists. It sounds like some kind of illness, doesn’t it? But there are selfish people and there are altruists. Scientists have conducted lots of social-dynamics studies that looked at this; here are some insights:

Choose your groups wisely. One’s successes may be built on other people’s shoulders.

Only economists could have such strange ideas as “infinite growth,” an “invisible hand” controlling the marketplace, and “Homo economicus” (a weird creature that supposedly makes only optimal decisions).