This article deals with the limitations our wealth formula imposes on us. 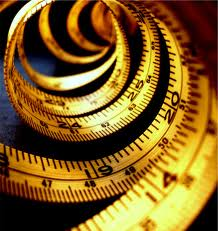 Our wealth formula is solely focused on the material side of life. We measure our wealth in money or its equivalents, but there are many other things far more important than money. We’ve talked about semi-measurable assets like health, time, knowledge and happiness. Putting some sort of number on such factors would be wrong, or would give only a very narrow representation.

I guess we need to keep them in the back of our minds and evaluate our wealth decisions through some sort of subjective inner framework of our own.

It is an interesting phenomenon that we can significantly improve our non-material wealth more easily by eliminating or avoiding negative factors than by adding positive ones. Simply avoiding health hazards like cigarettes, and staying away from depressing work meetings, TV news, commercials and other negative inputs can make you feel better than any pill, encouraging report or comedy movie.

It’s a matter of “fewer is more.” Or, in other words, “growth through subtraction.”

Our wealth formula is all about the past. It measures things statically and in retrospect. Although this is useful, it can be sometimes shallow and misleading.  This is more true regarding our successes than our failures.

Our formula misses the risks we have taken (knowingly or unknowingly), or to which we were exposed while generating profits.

In some previous articles we looked at a limited way to measure risk, called standard deviation. Precisely and consistently calculating risks and probabilities in real life (outside of casinos) is impossible. Quite often such attempted calculations are wrong by a big margin.

A better way to think about a particular risk is to see how your position or situation would change at different risk levels. For example, what would happen to your house if there were a certain amount of heavy rain? What would happen if it rained twice as much as that? You should always determine (even if only very roughly) your loss limit – the level of risk you cannot afford to take.

Some risks can be transferred (passed on to others) through insurance or other financial instruments.

Some risks can be mitigated by your own actions.

And some risks just have to be taken.

What has worked in the past may fail in the future. Some people may be successful just because they were lucky.

We are a bunch of individuals, but we also participate in different types of groups – families, partnerships, companies, tribes, parties, countries, etc. Our involvement in these groups is sometimes vague and general (like most of us with political parties). Sometimes our involvement is mandatory, important, and stable over time (like with family). The bigger the group, the less stable and less involved its members tend to be (like being a minor shareholder in a multinational corporation).

Group wealth is generally far more important than individual wealth, so we should think of ways to measure the wealth of any groups we’re deeply involved in. Aggregating (++) the wealth of all a group’s members does not usually give us a reliable measure. There can simply be too many things which, strictly speaking, belong to the group as a whole, and can’t be counted as part of anyone member’s individual wealth. Another element aggregation does not take into account is intra-group transactions.

Earlier, we prepared a consolidated family financial statement for the Hudsons. This was relatively easy because we defined all the family members’ financial transactions as common transactions. We could do this because the family is (or considers itself) a unit, and its wealth belongs to the collective whole.

Problems arise when different members of a group have different shares (different percentages of ownership) in a collective. In such cases, each member should receive their proportionate share of the wealth.

In practice, consolidation is quite a disaster. It is mandatory only for big corporations and government accounts. There is an army of accountants involved and a lot of data crunching. The major problems accounting consolidation faces are:

At the end of the day, all corporations, entities, partnerships and groups are owned by individuals and families, but nobody in the world knows his consolidated wealth exactly.